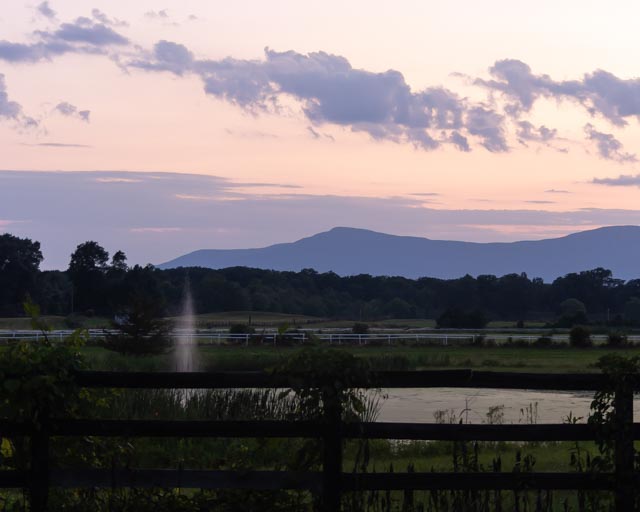 In my last post I approached the subject of the Woodstock festival’s 50th anniversary from the standpoint of my twelve year old self. I would like to now address this historical event from my present perspective.

If all who claimed over the years to be present for the Woodstock festival were actually there the attendance would have been well over a million. I met so many freaks in the 1970’s who waxed poetic about watching Hendrix’s performance while not realizing that due to weather and scheduling problems he performed on Monday morning to a dwindling audience of, by some accounts, as few as 15,000 people. They could tell you about his rendition of the Star Spangled Banner, Purple Haze and the few other songs on the two extant Woodstock albums of the time but the remaining set-list was a mystery to them. Woodstock had quickly taken on an out-sized importance in the public’s imagination.

I never met anyone who bragged (or lied) about being present at Altamont. The ill-fated festival, headlined by none other than the Rolling Stones, played out less than four months after Woodstock and some of the same bands were on hand. It seemed, though, to be the anti – Woodstock mired as it was in violence and chaos. Yet, Woodstock could have easily devolved into a similar melee. A 2009 article in The Atlantic questions why filmmaker Michael Wadleigh didn’t record an attack by an organized group on concession stands that they thought were making too much money resulting in 12 stands being burned to the ground. Then there was the incident where activist Abbie Hoffman, who demanded that the organizers contribute to his cause and allow him to take part, took the stage to give a speech during a performance by The Who. Pete Townshend didn’t want his band’s set turned into a political polemic so he bashed Hoffman with his guitar and knocked him off the stage. So much for peace and love.

It seems unbelievable now that concertgoers would object to paying 6.50 (around 45.00 in 2019) for a day or 18.00 (around 125.00 in 2019) for all three days to see the outstanding roster of artists at this festival. Nevertheless, gatecrashers overwhelmed what little security was present and it became a free concert on day one. This set the stage for unrest at 1970’s Isle of Wight festival and likely contributed to Bill Graham closing the Fillmore and Fillmore East.

Graham, who insisted that Santana be on the bill at Woodstock, was instrumental in producing concerts of the highest quality while introducing the rock audience to artists and genres they would not otherwise be exposed to. If you look at concert posters from either Fillmore, alongside familiar rock acts like The Byrds, Grateful Dead or Jefferson Airplane you will find blues artists like Lightnin’ Hopkins and Big Momma Thornton or jazz musicians like Charles Lloyd and Miles Davis. But Graham finally got tired of being accused of being “greedy” and dealing with disrespectful, drug addled, crowds and so, closed his two venues.

I believe the Woodstock festival was the beginning of the end for the golden age of rock music and the counterculture. The people had spoken: music shall be free. However, the corporate types got just the opposite message. When almost half a million of your key demographic show up for one event it can only mean one thing – Money, and lots of it. Both the movie and the first album were huge commercial successes.

Before Woodstock only a few rock acts could fill stadiums, namely, The Beatles, Rolling Stones and Dylan. For the early years of the 1970’s you could still enjoy great rock music in intimate venues, in my case on the east coast of the US we had the Capitol Theater (Port Chester, NY), Capitol Theatre (Passaic, NY), Academy of Music (Lower East Side, Manhattan), Beacon Theater (Broadway, Manhattan), and small outdoor venues such as, Gaelic Park (Ethnic soccer stadium Bronx, NY), Roosevelt Stadium (Minor league field in Jersey City, NJ), and the Wollman (now Trump) skating rink in New York’s Central Park among others. I even saw John Lennon and Stevie Wonder in the Felt Forum (a smaller venue within Madison Square Garden). We are talking about audiences of under two thousand people at capacity.

Rock radio in 1969 consisted of college stations, listener-supported (Pacifica) radio and a few underground FM free form stations located mainly on the coasts. The underground stations existed because of FCC restrictions that prohibited owners from having the same programming on their FM stations that they had on their then more lucrative AM stations. AM DJ’s who had championed the Beatles and Stones, like Murray the K, Scott Muni, Rosko and Johnny Michaels in New York City took pay cuts to develop the free form FM format in 1966 on WOR FM. When WOR FM changed to a tight playlist in 1967 Muni, Rosko, Allison Steele and others joined WNEW FM which carried on the progressive free form style into the 1970’s.

The ads on these stations were largely local, for record stores, head shops, hip clothing boutiques and hairdressers, clubs and experiential businesses that would only make sense to you if you can remember the sixties and seventies. These stations also alerted us to upcoming concerts and even protest marches. When new albums debuted entire album sides would be played without commercial interruption. Very few of the artists played ever found an audience on commercial (AM) radio.

Woodstock changed all that. How? It was like waving a muleta in front of the corporate bull. Marketers could no longer afford to ignore the counterculture. Young people like me were thrilled to see that there were so many others that were into our music and shared values. Abbie Hoffman called it Woodstock Nation. The capitalists were even more thrilled to discover such a large market segment just waiting to be exploited.

FM radio stations that were previously free-form began bringing in program directors to create playlists that would be more conducive to selling advertising. This took away the discretion of disc jockeys to use their musical tastes and interests when selecting songs to play. By the later 1970’s you couldn’t tell one station from the next. Rather than reflecting a vibrant, idiosyncratic, local scene they were becoming the homogeneous, boring phenomenon that would come to be known as Classic Rock radio.

Popular artists were moving to ever larger halls and stadiums. Instead of seeing three or four talented bands in a small theater for five or six bucks you now had to shell out twice as much to see one main act and sometimes a mediocre opening act in a cavernous space. I began the 1970’s seeing Yes as an opening act in a small hall where an audience member could (and did) hand Jon Anderson a beer and by the mid 1970’s saw them in a “Colosseum” where they looked to me like ants, but hey, I had a box seat and a table for my beer.

Prior to Woodstock the record companies had executives who were older establishment types who took chances on young musicians they did not understand. They thought, ‘I don’t get this but I guess it’s what the young people want.’ By the mid 1970’s the industry had found young “hip” executives who “knew” what young people wanted to hear, what we called back in the day “hip capitalists”. Guess which of the two had better judgement.

I believe that the music itself suffered because of these trends. For a few years after Woodstock the musical diversity that began in the 1960’s persisted and so did the quality of rock music. However, we soon went from Sly and the Family Stone to disco, from folk rock to yacht rock. By the late 1970’s the music had become slick, bland, repetitive and reductive, in other words, a perfect medium to sell goods to the masses. Therefore, Woodstock 50 may be a fitting sequitur of the original – a festival where the performers don’t even have to show up, but they still get paid.