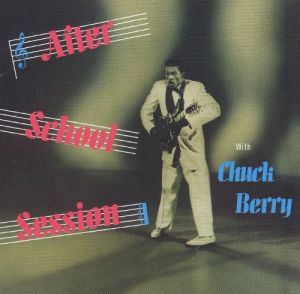 I have been asked this question more than once. Usually, it is asked by someone who has heard a few Chuck Berry hits on oldies radio. It is similar to when someone must judge the merits of rock music from the sixties and seventies only by listening to so called “classic rock” radio. You don’t really get the whole picture that way.

There are a few reasons why it may seem that all of his songs sound alike. One is that in the 1950’s and early 1960’s the music business was purely driven by singles. Albums, other than Broadway soundtracks, were simply collections of previously released single records. If a single was even a moderate hit the artist was expected (by the record company) to follow it up with a similar sounding song. This is why there were so many follow on songs like The Twist, Let’s Twist Again, etc..

Another reason is that to be known as an instrumentalist you must have an identifiable style and to do this requires some repetition. Chuck crafted a style that was muscular and could cut through the rest of the band even without a lot of volume. This was necessary at that time because the amplifiers were 50 watts or less and rock and roll wasn’t being played in concert halls but in movie theaters or noisy clubs with poor sound systems. Berry choose to emphasize chords, double stops (two note intervals), arpeggios, and double note bends rather than single note melody for this reason.

That being said, if you listen to his first album, After School Session, I think you will find more variation than in many collections from 1957. It contains blues (Wee Wee Hours, Downbound Train, Deep Feeling), ballads (Together (We’ll Always Be), Drifting Heart), calypso (Havana Moon), as well as a few dance instrumentals and the rockabilly of Maybellene and Thirty Days.

Berry was also a clever lyricist who influenced Bob Dylan, John Lennon and countless others. While some of his songs were deliberately innocent to appeal to a teenage audience (while not offending parents) others, like Memphis, were topical. However, his distinctive guitar style with its boogie-woogie bass lines, double stops and bends formed the very basis of what we think of when we refer to rock and roll. This style has been emulated by so many guitarists since then that we take it for granted as cliche’. Keith Richards, in particular, has made a career out of this, but others from the Grateful Dead to T-Rex have paid homage to Chuck. Yet, in 1955, when Chuck Berry broke on the scene his style was so new and different that a few years later, he was the only rock and roll act to be asked to appear at the Newport Jazz Festival.