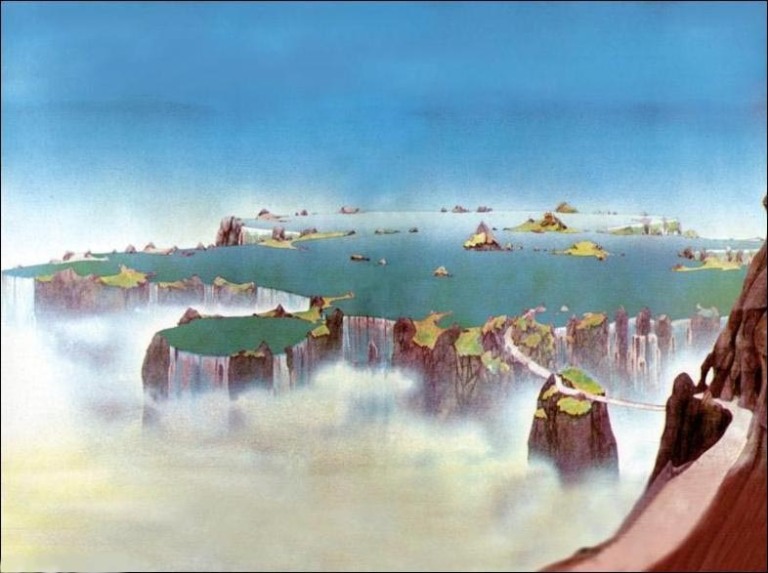 Let me begin by saying that the Wikipedia article on progressive rock is a good read for both those familiar with the music and for the uninitiated. It offers far more background than I can give in this post, although I differ with some conclusions of the article. Another good resource can be found here: http://www.jimdero.com/OtherWritings/Other%20Prog.htm

Progressive rock (sometimes called Art Rock) seems to have its roots in the year 1966. It was then that the Beatles began to incorporate elements of both traditional classical music, such as, the chamber music of Eleanor Rigby, and, modern classical or avant-garde music, such as the use of tape loops on the Revolver album, into rock. It was also when Bob Dylan started experimenting with the rock song form, extending his songs over ten minutes in length, and employing surrealistic lyrics with literary themes and references. Moreover, a month after Dylan’s double album Blonde on Blonde was released, Frank Zappa released his double LP Freak Out (possibly the first concept album) which includes the over 12 minute The Return of the Son of Monster Magnet and the 8 ½ minute Help I’m a Rock (Suite in Three Movements) containing a memorial tribute to the avant-garde composer Edgar Varese.

Another important early progressive band was Love, an integrated group whose African American lead singer Arthur Lee mastered both a menacing early punk style, as on My Little Red Book and Hey Joe, as well as a genre-defining progressive vocal style, as can be heard on Signed D.C., a song about a drug overdose that somehow inspired Justin Hayward of the Moody Blues to write Nights in White Satin. This is all on their debut album released in March 1966 (before the albums mentioned above). Of course, their masterpiece is Forever Changes which features tasteful use of orchestration that sounds very contemporary.  And, despite the feel good name of the band, the album is quite cynical and dystopian lyrically. Other early progressive bands include, Procul Harum, The Moody Blues, The Nice and Pink Floyd.

Most are probably more familiar with bands that formed around 1969, such as, Yes, King Crimson, Emerson, Lake and Palmer, and Genesis. These bands probably cause the most controversy. However, it seems that even which bands should be included as progressive is controversial. For example, some writers now exclude Pink Floyd because they were not (in their opinion) “virtuosos”.

I can only speak from the viewpoint of someone who grew up in the greater New York area. I don’t know which bands were considered progressive in Rio de Janeiro or Rome or even San Francisco. I can say that the progressive rock fans that I knew in New York were the most musically inclusive of all of my friends. Along with the aforementioned groups and individuals we would include the following: Jethro Tull, Santana, Mahavishnu Orchestra, Return to Forever, Grateful Dead, Focus, Hawkwind, Frank Zappa, Led Zeppelin, Caravan, Colosseum, Jeff Beck, Strawbs, Herbie Hancock, Sun Ra, Mike Oldfield, Jade Warrior, Kraftwerk, Nektar, Weather Report and more. What tied it all together for us was a love of improvisation and the willingness to experiment.

Progressive rock, like jazz before it, enjoyed a brief period of mass acceptance and popularity. In the 1970’s progressive bands like Yes and ELP played to sold out stadiums, earned gold records and had massive radio airplay. What could have led to its current state of being almost universally ignored?

I believe that a few different elements are at play:

We have all heard the charge that progressive rock was pretentious, that is to say that it had an exaggerated, or undeserved sense of importance. Yet, how were these musicians exaggerating their importance? They were merely composing works that pleased themselves, referencing their influences, just like any other musicians. The same charge could have been made against Duke Ellington when he elevated jazz to an art form. It was the critics who had been pretentious when they, for example, looked for meaning that wasn’t there in the lyrics of Lennon and McCartney or Dylan. Now, in the 1970’s, these same critics were on a quest for authenticity, finding their holy grail in the form of punk rock. This is nothing new, when Chicago blues players like Muddy Waters first played in England critics did not like their sophistication and complained that they were not primitive enough.

The exponents of progressive rock in the seventies were actually trying to be true to themselves. Ian Anderson, for example, felt inauthentic when he was singing American blues. He rediscovered his own roots and began writing music and lyrics from a particularly British point of view. Rick Wakeman of Yes studied at the Royal Academy of Music; He wasn’t pretending to have an interest in classical music. Procol Harum had two members who were capable of writing their own orchestrations. Frank Zappa could transcribe the extended improvised solos he had played in concert while travelling afterward on the tour bus. These people were not pretending to be something they were not. Meanwhile, the “authentic” punk anarchists The Sex Pistols were actually a manufactured band put together by a clothing store owner to publicize punk fashion. Should the progressives pretend that they could not play their instruments and did not understand music in order to please the critics?

I, for one, found progressive rock to be a revelation. When I saw Yes during their tour for the Yes Album, juxtaposed against the main act Humble Pie, I happily realized that rock music was not just about being tough and getting laid. It could be about ideas and questioning why we are here.  When I saw King Crimson or Frank Zappa I experienced challenging music that I could not sing along to but that would make me think. And when I saw Mahavishnu John McLaughlin, I knew that I may never be able to play like him but hearing his music enriched my soul. And I knew that his talent did not invalidate the accomplishments of other dissimilar artists.

Hopefully, someday the critics will get over their aversion to improvisation and complex music and their sanctimonious devotion to the orthodoxy of pop conventions and the so-called authenticity of punk and rap. Until then, I will put on Close to the Edge and get lost in the moment.

11 thoughts on “Why is Progressive Rock So Controversial?”