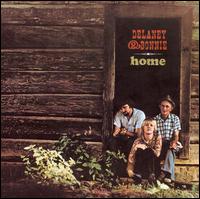 I recently came across an interesting website Snobsite.com. , which bills itself as the online home of cultural snobbery. Among other delights, it contains excerpts from a book, The Rock Snob’s Dictionary (found here: http://snobsite.com/excerpts.php).

Curiously, even though this book is meant to be humorous I find that it may fall flat in this regard. The reason I say this is that if you are familiar with the author’s references you are already a so-called “rock snob” and if you don’t get the references you definitely won’t get the humor.

I must however,  indeed, be a rock snob. For example, I disagree with the author’s contention that Delaney and Bonnie and Friends was a “second-rate act”. It would certainly be strange for members of a “second-rate act” to go on to record and play live with Eric Clapton, George Harrison, John Lennon, Joe Cocker, and the Rolling Stones. There were few acts in the 1970’s that enjoyed such first-rate status. It is rumored that the reason that the band imploded was not because they weren’t a talented and very tight group (that could put on a killer live show), but, rather because they were being seriously underpaid by their leader Delaney Bramlett.

Derek and the Dominoes are critically acclaimed and far from second-rate. Apart from leader Eric Clapton and guest guitarist Duane Allman, the band consisted of Delaney and Bonnie alumnae: Carl Radle, Jim Gordon, and Bobby Whitlock. Jim Gordon also played on John Lennon’s Imagine album. Delaney and Bonnie’s horn section of Jim Price and Bobby Keys became the Rolling Stones new horn section with Keys appearing on Let it Bleed and both Keys and Price playing on Sticky Fingers and Exile on Main Street. Key’s credits include playing with Buddy Holly, George Harrison, John Lennon and B.B. King.  Furthermore, Delaney & Bonnie recorded a very credible soul album at Muscle Shoals studio, released on Stax records in 1969 – long before other white rock musicians tried to claim association with this hallowed studio. And Bonnie Bramlett had the distinction of being the only white member of Ike and Tina Turner’s Ikettes.

I could go on, but, if liking the music of Delaney & Bonnie, Fela Kuti, Ry Cooder, Fripp and Eno, Captain Beefheart, etc.  makes me a snob then I will wear the name proudly. After all, I came by it honestly; buying the albums as they came out, attending the concerts and being obsessed with the music of my time, never attempting to be exclusive or elite. On the contrary, I was more like an evangelizer of the music I loved.