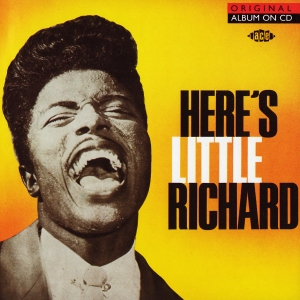 I recently completed a MOOC* which was titled History of Rock and Roll. I had high hopes for the course since rock music has been a lifelong passion of mine. However, history is often written from the standpoint of the victors and not the vanquished and this course was no exception.

I knew we were in trouble when, instead of beginning with a discussion of prewar blues, jazz, and gospel along with Appalachian folk music, we started with that well known rock icon Bing Crosby. You see, where other professors might prefer to discuss those who most influenced the genre or those who added real innovations, this professor used the Billboard Hot 100 as his Rosetta Stone to decode the mysteries of rock. If you have read my previous posts** you know that I am no stranger to the charts. Nevertheless, I wouldn’t make the mistake of thinking that a top position on the mainstream pop chart indicates anything other than popularity with an unsophisticated public. All important rock and roll artists in the 1950’s started on the R&B charts, or later on the Hillbilly or Country/Western charts, and only at the end of the decade did they cross over to the pop charts for a brief period.

The professor’s myopic view of history (along with the desire to consign artists with long careers to certain emblematic periods, such as “Psychedelia”) led to some pretty bizarre conclusions. For example, Soul music started with Doc Pomus and the Drifters and not Ray Charles.  Bob Dylan was not an important performer until he “went electric” in 1965, but, somehow,  hacks like The New Christy Minstrels and The Kingston Trio were very important figures in the folk revival. Meanwhile, there was no mention of Phil Ochs, Tim Hardin, Fred Neil, Judy Collins, Dave Van Ronk (I could go on and on).

James Brown somehow didn’t matter until 1969, even though his 1963 Live At The Apollo spent 66 weeks on the Billboard charts peaking at #2, in an era when live albums were thought to be filler that few people would buy. And, of course, Elvis, who could only strum campfire chords while displaying negro affectations and who never wrote a song, was the King even though he appeared on the scene after Fats Domino, Little Richard, Chuck Berry and Bo Diddley – all of whom wrote their own songs, played their instruments well and had their own styles, unlike Presley who merely sped up old blues and country tunes. I dare say that if you asked anyone today to “play rock and roll” on the guitar they would  imitate a Chuck Berry riff. Also, one only has to listen to the early Beatles and Rolling Stones catalog and count the number of Chuck Berry, Bo Diddley and Little Richard tunes (not to mention McCartney’s distinctive “Whoo” borrowed from Little Richard) to witness their influence on Rock. Why, even later rock artists continued to cover and pay homage to these guys – Johnny Winter, Mountain, Grateful Dead, T-Rex, Led Zeppelin, etc.

It was also no surprise that this history course told His story. when someone in the forums asked why there were so few women in early rock and roll I was forced to recount how Atlantic records at one time was referred to as “The house that Ruth built” meaning not Babe, but, Ruth Brown, also known as the queen of R&B, who had many hits in the 1950’s.  I also mentioned Etta James and “Big” Momma Thornton (the original Hound Dog) among others who are apparently no longer acknowledged as having an influence on rock and roll.

Much too much time was devoted to commercial dead ends such as TV rock; Ozzie (no, not that Ozzie!) and Harriet, The Monkees, Paul Revere and the Raiders from “Where The action Is”, and David Soul (Who?). I really hate to complain about a free course, but, what a disappointment! Who am I to contend with someone who has a PhD in music? I am only someone who has spent his whole life listening to rock and roll and its variants, as well as jazz, blues, soul, gospel, folk, etc. I know the history of rock and roll, for I have lived it.

If you think that Frankie Avalon and Pat Boone are on equal footing with Little Richard and Chuck Berry than this is the course for you.